About client: Samsung R&D Institute Poland is one of the largest research centers in Europe, which aims to improve Samsung technology. The team consists of experts specializing in the areas of natural language and speech processing, the Internet of Things, cloud solutions, 4G and 5G networks, and artificial intelligence of audiovisual products. It is they who design and implement innovative solutions for current and future Samsung products – they create technologies that will hit store shelves in a few years

About project: Often thought of as traditional animation, 2D animation mostly works with vector graphics through computer software, to create animated images that could be used in advertisements, websites, films, or computer games. The 2D animation process involves the creation of characters, storyboards, and backgrounds in two-dimensional space. Objects in 2D animation move up, down, left and right, but they don’t move towards or away from the camera, like in 3D animation. Most popular 2D animation software include Adobe Animate, Photoshop, and After Effects.

About the challenge: employer branding in IT. IT industry sustains its top employment appeal around the world but competition for talent is rising. In a post-digital age, it’s not surprising companies in the information technology sector have a lot of appeal as employers. Appealing brands such as Apple, Google, Facebook and many others are shaping the way consumers interact with the world each day. Constantly delivering innovation through connected products, mobile apps and automation, these businesses are at the forefront of transforming the global social and business landscape.

Offering highly generous compensation packages that include excellent pay, lucrative stock options and retirement benefits, some IT businesses are able to easily attract the best talent available. Furthermore, the employee perks offered by these organizations are well documented and shared online, sometimes even making the headlines. These include very competitive intern remuneration, free meals onsite, concierge service, flexible schedules and even the freedom to choose the kinds of project to work on — significantly raising the bar on employee value propositions and driving complexity for other brands to compete.

According to the 2017 Randstad Employer Brand Research, one of the world’s largest assessments of perceptions among working-age people in 26 countries, the IT sector is considered one of the most attractive, with 49% of those surveyed ranking it No. 1. In the North American and Asia Pacific regions, it ranks at the top, cited by 45% and 57% respectively.

the power of innovation. To say IT is a dynamic sector is an understatement. No other industry delivers as much innovation as quickly or prolifically, touching the lives of people everyday. This facet of the sector appeals to all workers, but it is especially alluring to younger generations who are already used to a socially and digitally connected world, a majority of whom say they want to work in this business. These younger workers will be especially important to companies wishing to build a sustained talent pipeline that can offset the brain drain expected to occur from workers retiring over the next few years.

IT also has an advantage when it comes to nurturing talent, according to Richard Narine, Director of Global Sales and Business Development with Randstad Global Client Solutions. A veteran of the sector for 25 years, Narine said IT historically has had a strong draw for younger workers, but recently there has been an uptick in the number of students pursuing a career in this field. This clearly reflects the sector’s impact on secondary education students.

This is an important development because many markets will see the number of IT jobs and demand for talent rising. In the U.S., the Bureau of Labor Statistics predicts IT jobs will increase 12% from 2014 to 2024, faster than any other sector. The European Commission predicts that by 2020, the region will be short of 500,000 qualified information and communication technology (ICT) workers. One survey found that 69% of CIOs in the Asia Pacific region believe a lack of talent will prevent their companies from keeping up with the pace of change*1. All the signs point to rising IT talent scarcity around the world.

“When you see the growing interest in universities, the future talent pipeline looks encouraging. Driven by digital transformation across many sectors, students understand they have a very bright future pursuing degrees in this field,” Narine said. “However, whether the small increase in the number of people studying in this field — about 5% globally — is enough to meet future demands remains to be seen.”
*1 2016 Harvey Nash/KPMG CIO Survey

Competition from unlikely competitors. As IT companies learn how to nurture a start-up and boot camp mentality to attract talent, they face another challenge: competition from non-competitors. Companies not typically considered participants in the sector are increasingly seeking the same skill sets as established IT businesses, especially for workers with digital capabilities. This is the direct result of continued digitalization across all sectors as products and services increasingly become connected to the internet and as trends shift from outsourcing to insourcing. Survey respondents in a Randstad Sourceright report said organizations with visible brands are more of a competitor for talent than direct business adversaries. The likes of GE and General Motors now seek more programmers and software developers than in the past, forcing them to go head to head with sector leaders such as Cisco, Hewlett Packard or Microsoft.

So what does this mean in terms of creating an effective employer brand in the sector? To successfully compete for talent, employers will need to communicate an employee value proposition that resonates with their target. The Randstad Employer Brand Research found that baseline factors workers consider when selecting an employer and sector are mostly the same around the world — that is salary, security and work/life balance are high priorities for all workers and are usually among the top five most important considerations. One area that IT professionals prioritize more than workers in other sectors is career progression. In all regions, the opportunity to advance in the workplace is ranked more highly by those in this sector than the general population. By clearly demonstrating such opportunities within their organization, IT companies can optimize their messaging and create employer brand campaign that really resonates with IT workers. The opportunity for career progression is one of the top five most desirable traits that all IT workers seek. In order, they are:

However, the order of traits changes when only considering female opinions. This is an important perspective because the sector has struggled with gender diversity for decades, and the problem has worsened, according to The Atlantic magazine. It reported that since 1984, the percentage of women in the U.S. studying computer science has fallen from 37% to 18% today. A recent Financial Times articles reported that at 500 start-up companies in the San Francisco area with fewer than 100 employees, only 23% are female. To attract and retain women workers, which has become a priority for some IT businesses, they should strive toward building a pleasant work environment and providing flexible work schedules. This is in addition to the other baseline qualities that all IT workers seek, but if companies in the sector hope to achieve greater gender diversity, they must make a greater effort to appeal to women workers.

Retention is critical. It’s not just women that the IT sector risks losing; there is a high potential for both men and women to seek employment in other sectors, Randstad’s survey revealed. Of all IT workers, 75% said they are willing to switch to a different sector, which either indicates the growing attractiveness of other sectors such as engineering or life sciences or a declining loyalty to IT work. Regardless of the driver, the sector faces a long-term problem that will require a collective change to IT’s culture.

One way to ensure loyalty is to continually train and develop workers so their skills don’t become obsolete, which has become a growing concern for many employees as more robotics and automation replace people. In light of this threat, 65% of IT workers say they would undergo retraining if their job was at risk of being automated. This figure is higher than the 58% for all people. Companies operating in the sector should invest in training for their workers as a way to encourage loyalty and to redeploy employees from legacy businesses to new ventures.

IT companies have to continually find creative ways to both attract and retain workers to remain competitive and drive innovation. As talent scarcity grows over the next few years, the sector must up its investments in employer branding efforts to ensure access to a robust candidate pool. If IT companies fail to do this, they risk losing excellent workers, especially Gen Z and Millennials, who will help businesses drive their top-line growth in this post-digital era.

– Randstad Employer Branding in it report 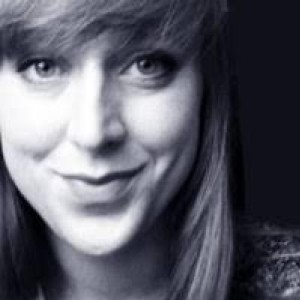